A sealed ‘Batpac Special’ edition of a Batman comic, issue number 181 dating from June 1966 sold at a multiple estimate £1100.

This edition featured the first appearance of Poison Ivy and was illustrated by Carmine Infantino.

More than 500 bidders were registered worldwide for the sale but the comic was eventually sold to a UK bidder on the internet. 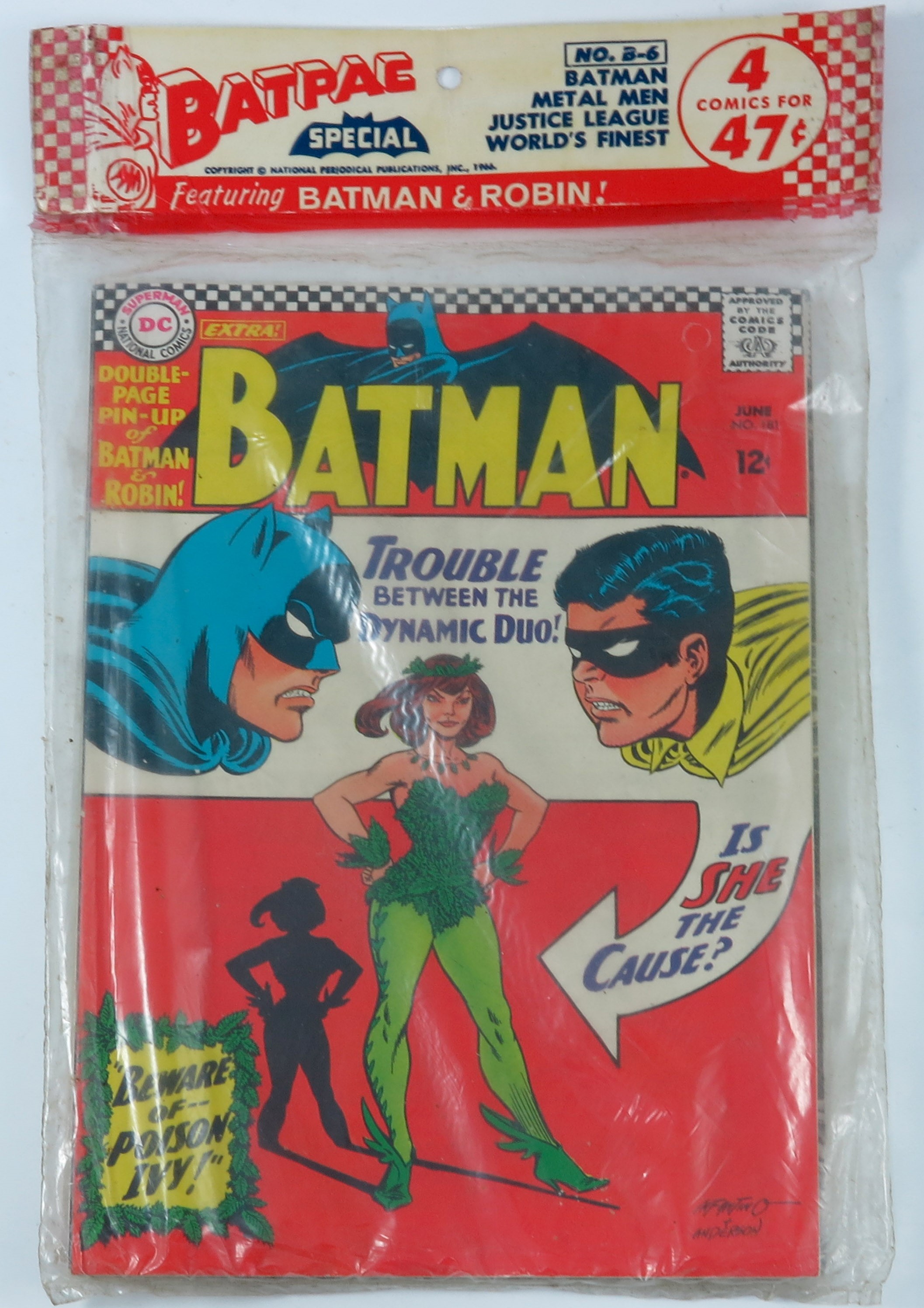